The Early Bird Gets The Worm: 11 Reasons People Wake Up Early 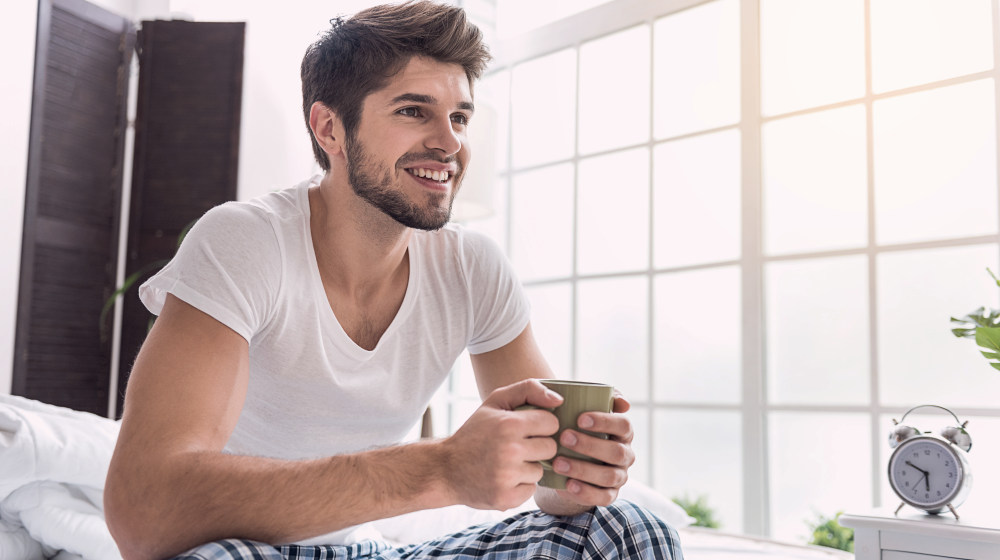 It’s not easy to wake up early, especially if you’re a night owl, but as they say, the early bird gets the worm. Here are a few reasons why you should wake up earlier.

Early Bird Gets the Worm: 11 Benefits of Waking Up Early

1. An Early Riser Doesn’t Rush in the Morning

People who don’t wake up early tend to rush in the mornings, which can lead them to forego healthy habits like eating breakfast. This can affect your disposition for the entire day, which is why it’s essential to start your day right.

In contrast, people who wake up earlier have enough time to have a good morning routine, which includes:

2. You Can Take Advantage of the Sun

If you wake up early, you’ll have more time to enjoy the sun. This is especially true during winter when the night is longer than the day.

Some people also tend to be more energetic when it’s light out rather than at night. If you’re unsure, try comparing your energy levels during the day and at night.

Aside from increased productivity, sunlight can also bring health benefits to the body. Being out in the sun during the mornings can help decrease the risk of vitamin D deficiency.

According to Medicine.Net, lack of vitamin D can lead to:

3. Morning People Have Time for Exercise

Waking up early to exercise can provide several physical and mental health benefits. Allocating a specific time for it also increases the chances that you won’t neglect your exercise since you’ll always have time for it.

Even an extra thirty minutes or an hour is enough for a workout, such as:

A short exercise before you go to work won’t just wake up your body, but can also boost cognitive functions. This is because exercising increases oxygen in the blood.

Exercising can also help improve your mood and improve your resilience. This helps you deal better if you experience any emotional or mental challenges during the day.

4. You’ll Have More Time for Meditation

Waking up early can give you enough time to meditate. Morning meditations are a great way to start the day and offer benefits, including:

If you’re just new to meditating and you’re finding it hard to clear your head and focus, don’t beat yourself up over it. It’s natural to find it difficult in the beginning, but you’ll find it gets easier with time and practice.

5. Waking up Early Lets You Start the Day With Gratitude

A positive mindset attracts positive events. One of the best ways to increase positivity in your life is by adopting an attitude of gratitude.

Being grateful forces you to acknowledge the good in your life instead of focusing on the negative parts of it. Waking up early means you have more time to spare, and you’re not rushing to work.

Here are some ways to start your day right and grateful:

If you want to improve your self-discipline, waking up early is a simple way to start. Commit to waking up at an earlier time and do your best to stick to it.

Of course, with this also comes the discipline to do the things to help you achieve your goal of becoming an early riser. If that means shaving off some time from checking social media at night so you can get up early the next day, do it.

It may be difficult at the start, and there may be days when it’ll be even harder. Once waking up early becomes a habit, you’ll get used to it, and it’ll get easier.

Wake up intentionally — don’t force yourself to do it, decide you want to do it. Remind yourself of the benefits of waking up early can bring so you can be motivated.

7. Waking up Early Gives You Time to Work on Your To-Do List

Remember that extra time you’ll get by becoming an early riser? Another good habit you can incorporate during that time is working on a to-do list.

Whether you write it down manually or use an app, taking note of all the things you want to accomplish can help you organize your day. By knowing everything you need to finish, you can also become more focused and disciplined.

If you don’t do this, you can end up either doing too many things and end your day exhausted and on a sour note. On the other end of it, you can also end up achieving nothing of value for the day and end up cramming when the deadlines start creeping in.

8. You Can Still Review Your Schedule and Make Changes

Aside from checking on your deliverables for the day, that extra time you get from waking up early can also be spent checking and rethinking your schedule. This brings several benefits, including:

Waking up early is a cycle — if you want to wake up early, you have to sleep early. One simply can’t exist without the other so you should get the right amount of sleep.

Sleeping early has several benefits, including:

11. You’ll Have More Hours for Yourself

Time is a very precious resource. If you have opportunities to add more of it during the day, grab them.

While it’s important to be productive during the day, it’s also good to set some time for yourself at the end of it. By waking up early and finishing work early, too, you can set aside time for rest and recreation.

Allow yourself some time at the end of the day to wind down and do something that makes you happy. This can help you relax, sleep better, and wake up feeling recharged the next day.

The early bird gets the worm, and the early person becomes more productive. Knowing these wonderful reasons to wake up early can help you improve your productivity.

Do you consider yourself more of a morning person or a night owl? What challenges come with it? Share your thoughts with us in the comments section below. 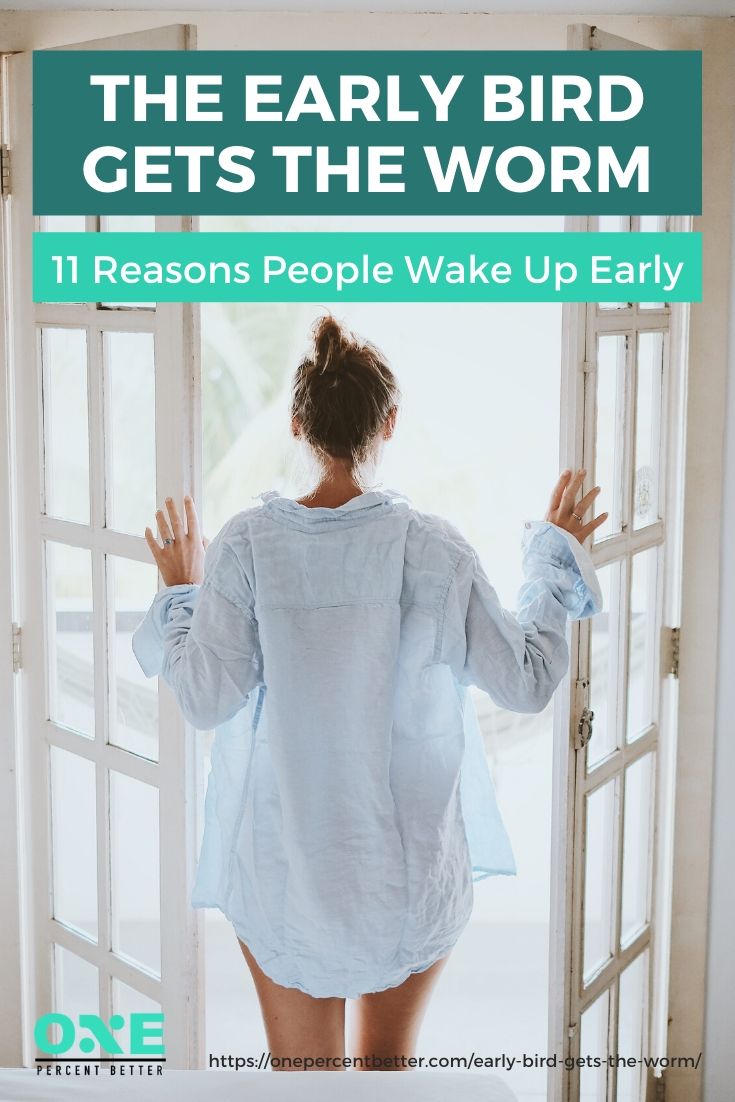