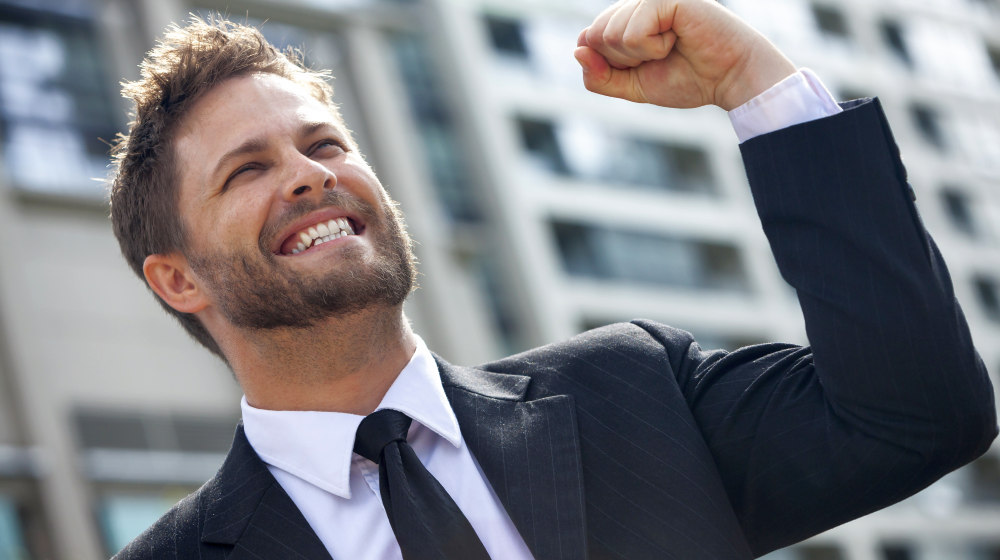 Be motivated to succeed in your career or business with these entrepreneur motivation videos from nine successful entrepreneurs. Keep reading to find out more.

RELATED: 13 Famous Entrepreneurs And The Difference They Made

Entrepreneur Motivation Tips: Advice on How to Become an Entrepreneur from Successful Businesspeople

1. Napoleon Hill’s Advice for Young People Who Want to Be Rich

“It is literally true that you can succeed best and quickest by helping others to succeed.” -Napoleon Hill

Hill, one of the world’s foremost motivational authors and philanthropists, shares priceless advice on how to be rich.

According to him, as an entrepreneur, you gain profit and success by adding value to people. The more people you can help, the more you can earn.

Think about it, the richest people in the world are those who’ve found a solution to problems that thousands, even millions, of people have. Once you’ve helped them, people will pay you in return for that help.

2. 5 Lessons in Entrepreneurship with James Altucher and Bishop T.D. Jakes

In this interview, Altucher and Jakes talk about how you can become the master of your destiny. Here are the five entrepreneurship lessons they shared:

In this video, Jack Ma tells the story of how Alibaba grew from its humble beginnings to becoming one of the biggest tech companies in the world. His first tip — don’t give up on your dream.

He recounts how he was rejected several times in universities, and later on, for job applications. In 1999, he started Alibaba in his apartment by borrowing $2,000 from his relatives.

Ma also shared his advice for young people who wish to be entrepreneurs. He shared a career roadmap that features certain goals you should aim for in every stage of your life.

4. Richard Branson’s 10 Keys to Success in Becoming a Successful Entrepreneur

Throughout his career controlling more than 400 companies in various sectors, Sir Richard Branson has learned 10 things about how to become a successful entrepreneur:

He also has an optimistic outlook about failure. He said, “I suppose the secret to bouncing back is not only to be unafraid of failures but to use them as motivational and learning tools. … There’s nothing wrong with making mistakes, as long as you don’t make the same ones over and over again.”

5. Entrepreneur Motivation on How to Start a Business by Elon Musk

According to tech mogul Elon Musk, it’s not easy to be an entrepreneur and it’s not all about fun when creating a company. This is especially true for start-ups where everybody’s just trying to figure out things.

According to Musk, as a CEO, you always have to think about the things going wrong more than those going right. Additionally, there are things that aren’t going right that only you can solve.

However, he believes that, as long as you stay focused on your commitment to providing a great product or customer, you can succeed.

Steve Jobs remains one of the most motivational people for entrepreneurs. If you’re looking for motivations for success, especially if you’ve just gone through a rough patch in business, Jobs can offer insights based on his own failures as an entrepreneur.

At one point, Jobs was fired from his own company, Apple. During this period, he lost his purpose in life and felt that he had let down the next generation of entrepreneurs.

How did he bounce back from this? Jobs was reminded that he still loved what he does, so he decided to move forward.

According to Jobs, getting fired from Apple was the best thing to happen to him. This public failure forced him out of his comfort zone and he unleashed his creativity by starting from scratch.

The years that followed allowed him to start companies like Next and Pixar. If it hadn’t been for that failure, Jobs wouldn’t have had the courage to start over again and become an even better version of himself.

7. Jeff Bezos’ Advice About Discovering Passions and Using them in Business

Jeff Bezos, the founder of tech giant Amazon, believes that passion is a powerful thing to have for any entrepreneur. Our passions are not something we choose, but they choose us.

Passion gives us direction and a purpose to work towards. According to Bezos, this purpose is not a job, nor career, but a “calling.”

Once you’ve discovered your calling, work won’t feel like work to you.

And, what if you haven’t found your passion yet?

Don’t worry and just keep searching. Most of the time, we let our intellectual side overrule those passions, but this is what you have to overcome.

Use your passion to succeed as an entrepreneur. Do what you love and success will follow.

Bill Gates is popular for his role in Microsoft, and is one of the biggest philanthropists in the world. Not a stranger to the ups and downs of the business, he managed to overcome any obstacles by following the important rules of success:

9. How Moving out of Your Comfort Zone Can Help in Business by Dale Carnegie

Sales legend Dale Carnegie believes in working hard and actually taking the first step to achieving your dreams. While some may get scared to leave their comfort zone to pursue their passion, Carnegie showed that there’s merit in overcoming this fear and persevering for your passion.

One of his most memorable quotes is, “If you want to conquer fear, don’t sit home and think about it. Go out and get busy.” Being a talented public speaker, Carnegie worked multiple sales jobs, selling everything from bacon and soap.

Once he’d accumulated enough savings, he decided it’s time to finally do what he wants to do — acting. When he later realized the theater wasn’t really for him, he dug deep to find the courage to start over again.

He later decided to return to something he really enjoyed as a salesman — public speaking. From this shift in his life’s direction, Carnegie found new purpose and it set him up for his path as the sales legend and entrepreneur we know today.

We hope these videos can provide you with the entrepreneur motivation you need to succeed in business. Remember, starting and heading a business isn’t the easiest path, but it can also be one of the most rewarding if you persevere.

Who do you look up to help you find the motivation to succeed? Let us know in the comments section below.