13 Famous Entrepreneurs And The Difference They Made 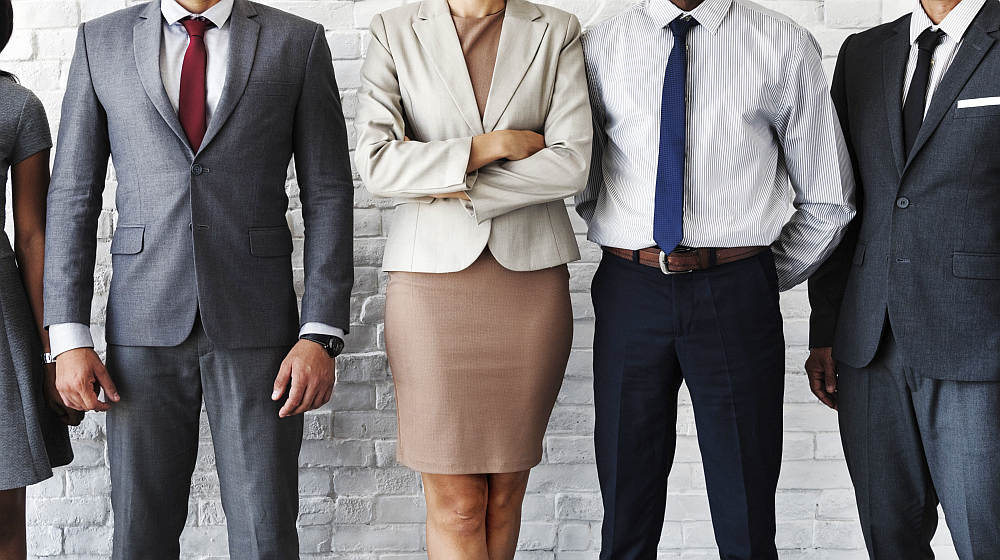 If you’ve always dreamed of changing the world, here are the success stories of famous entrepreneurs to inspire you to change the world.

RELATED: 7 Self-Improvement Goals For Entrepreneurs And How To Achieve Them

Let’s face it: more often than not, the business world is a man’s paradise. That didn’t stop these women from holding their own and paving the way for more women to shatter the glass ceiling

It’s happening! @oprahsbookclub is now on Instagram with a brand new pick from @oprah, “The Water Dancer” by Ta-Nehisi Coates. This is a story the world needs to read now. Hope you will #ReadWithUs.

Before Oprah became Queen of Daytime TV, she lived through extreme poverty and got shuffled from one family member to another. After moving in with her dad, she shone in school and discovered her passion for media.

In 2006, she became the highest-paid TV entertainer of all time and had become an empire of her own. Her business ventures include her own TV network, book club, and magazine line.

Your million or even billion dollar idea can come anytime. You could be sitting in the carpool line ?‍♀️, out to dinner with friends ?‍♀️, or in the middle of a run. Here's the key: Write it down! You have to write it down the second your idea arrives (I’ve pulled off the road many times). Ideas are magical, fleeting gifts from the Universe and the more you honor them and take them seriously, the stronger your connection with Universe will become, and the more ideas it will deliver. You can't trust they will come back. Before Iphones, I carried the same type of notebook for years. I’m always writing down ideas, thoughts and solutions to problems. Sometimes the same idea will come up multiple times, pay closer attention to those. That's how I knew I was onto something. The second you write something down is the moment you give thoughts in your head actual life. It's the moment you create something out of nothing. So take your "crazy ideas" seriously, write them down in a notebook or in your phone… or if you're really desperate, write them on your leg with lipstick! (I'm not speaking from personal experience or anything… ??) The point is, if an idea presents itself to you, acknowledge it with gratitude, capture it and be open to any and every possibility. Tag some friends with big ideas! P.s. I’m wearing @spanx arm tights.. an idea that came to me in the car!?#Ideas #WriteItDown #Entrepreneur #Inventor #Spanx #Motivation

Sara Blakely wanted to be a lawyer just like her father until she bombed her LSATs twice. She took jobs at Disney World and sold fax machines until one day, she cut the feet off her pantyhose and replaced her underwear with it.

That happy accident gave birth to what we call Spanx. Unlike most shapewear in the market back then, Spanx is very comfortable and conceal well underneath clothing.

In 2012, Forbes Magazine called Blakely the youngest self-made female billionaire of all time.

Happy Halloween from our very own Fairy GrandMartha! Here to grant all of your Halloween wishes. ✨ Want to learn more behind the making of @marthastewart48’s epic fairytale costume? Check out the BTS video to watch her makeup look come together and get the step-by-step how-to of the making of her costume at the link in bio. ???: @fadilberishaphotography

Known as the “Queen of Domestic Arts,” Martha Stewart built her empire from a small catering business she ran from home. During a book release event she catered for, she met Alan Mirken of the Crown Publishing Group.

A series of conversations led to the release of her first cookbook Entertaining, which has sold more than 600,000 copies worldwide.

The tech landscape changes at such a rapid pace. Here are some of the pioneers who stood out and defined how we use technology today.

Priscilla and I helped found the Breakthrough Prize to celebrate top scientific achievements in physics, math and life sciences. Tonight we presented the Fundamental Physics award to the Event Horizon Telescope team for the first image of a supermassive black hole. Congrats to all of this year's Breakthrough laureates!

Mark Zuckerberg founded Facebook in his Harvard dorm room as a way for students to connect online. After just a month, around half of Harvard students at that time have already signed up and created their profiles.

In 2006, Facebook opened to the public and had since grown leaps and bounds from its beginnings. Today, over 1.47 billion people use Facebook regularly, and it has since expanded its reach to personal messaging and even e-commerce.

This innovative designer and entrepreneur was once a college dropout who lived off of free meals and returned empty Coke bottles for a bit of cash. He then went on to establish the Apple Computer Company with childhood friend Steve Wozniak.

With his guiding hand, Apple set itself apart by breaking conventions and forging a unique design DNA. This paved the way for its competitors in the tech industry to follow suit.

Thanks everyone for coming out to see our latest and greatest!

Bezos had a rising career as a Wall Street executive before he started selling books online from his garage. He originally named the company Cadabra before changing it to Amazon as a homage to the South American river.

From books, Amazon expanded its offerings until they sold practically anything you can buy. You name it, Amazon has it.

Amazon has forever changed how people buy and consume worldwide.

RELATED: How Do You Handle Stress And Anxiety As An Entrepreneur?

Reposted from @regenttheaterla – Calling all podcast listeners! James Altucher (@altucher ) will be podcasting live from the #regenttheater in LA on Saturday, June 15th ? Co-hosted by @thejamiekilstein , this conversation will be teeming with inspiration and laughter. Tickets → Link in bio – #regrann

Before he became the face of cryptocurrency, James Altucher is what you’d call a jack of all trades. He established more than 20 companies and invested in 30.

He’s also a prolific author who wrote several books on stock trading and finance and has his own podcast. Altucher’s biggest contribution is in sharing how you can improve your life by doing small steps consistently.

Not all entrepreneurs aim to make money at all costs. These famous entrepreneurs took it one step further and used their skills and determination to solve problems plaguing today’s society.

It’s not gender, it’s not race; it’s whether or not you’re a changemaker that determines whether you will be a success http://t.co/IrmTvIph

No list is complete without the Godfather of Social Entrepreneurship himself. Bill Drayton is the founder and current CEO of Ashoka, an organization that gathers other entrepreneurs together and provides the resources they need to devote to their respective causes full time.

Ashoka provides living expenses to over 3,500 Ashoka Fellows across 93 countries. These fellows create everything from a 24-hour hotline for street children to support programs for kids with cancer.

Deeply honored to be on the cover of @incmagazine. This is not just the story of TOMS. It's the story of everyone who has joined our movement and continues to move it forward with a collective strength we could have only imagined in our wildest dreams 10 years ago. #OneforOne

During a trip to Argentina, he met a couple of women distributing shoes to kids and offered to help them. When asked who’s going to give the kids another pair, Blake thought up an idea: What if he sells these types of shoes, then make another pair to donate for every shoe sold?

That sums up Toms Shoes’ business model. Toms have since donated 60 million pairs to children all over the world and have expanded to include water bottles and eyewear.

How lucky am I to be dressed by two amazing @acumenorg India Fellows? Thank you @loomkatha and @gayatrijolly for bringing your love of beauty to the world in ways that bring out the beauty of those you serve and support. #acumenproud @women_deliver #wd2019 #womendeliver #womendeliver2019

In 1986, Jacqueline Novogratz gave up her cushy Wall Street job to open a micro-investing firm in Rwanda. Her experiences led her to found Acumen, a non-profit that invests in businesses that focus on solving social issues.

Unlike other investors who expect immediate gains, Acumen focuses on the long game and expects returns after 7-10 years. Since then, the company has invested as much as $115 million in agriculture, healthcare, and green energy companies.

Age didn’t stop these young, famous entrepreneurs from making their own mark on the world. Here are some of their stories:

I can’t believe the 2018 #unitedstateofwomen is this weekend in Los Angeles. Magic is about to happen…again! #throwback #thursday

Most kids start their business journey with the ubiquitous lemonade stand, but 14-year-old Mikaela Ulmer took it to the next level. After getting stung by bees twice, she learned as much as she could about bees to get over her fear.

With the help of her parents, her grandma’s lemonade recipe, and some honey, Me & the Bees Lemonade was born. In 2015, Me & the Bees struck a distribution deal with Whole Foods and soon enough, the lemonade was flying off supermarket shelves.

Aside from winning Junior Masterchef, 17-year-old Guleff also has his hands on other business ventures. Since his victory, he has released his own line of spice blends and seasonings called Logan’s Rub.

Most recently, he released his own cookbook Cooking Dreams and has made several television appearances. He even met with former U.S. President Barack Obama.

Thank you @crainsnewyork for including me in #20under20 list! So honored to be featured. #20under20 #girlboss #nanniesbybnoa

Noa Mintz is the founder of Nannies by Noa, a childcare agency focused on childcare for families living in the NYC and Hampton Gardens areas. Mintz founded her business after spending time with babysitters who were interested in actually taking care of kids.

Her talent for finding the perfect fit became the perfect business opportunity for her. Nannies by Noa has provided job opportunities to more than 25 nannies and more than 50 babysitters and childcare for more than 200 families.

We hope these famous entrepreneurs’ success stories inspire you to make a difference in your own special way. Now, go ahead and make a positive impact on others!

Which among the many famous entrepreneurs inspired you? Let us know why in the comments section below.