How To Generate Great Ideas and Become An Idea Machine 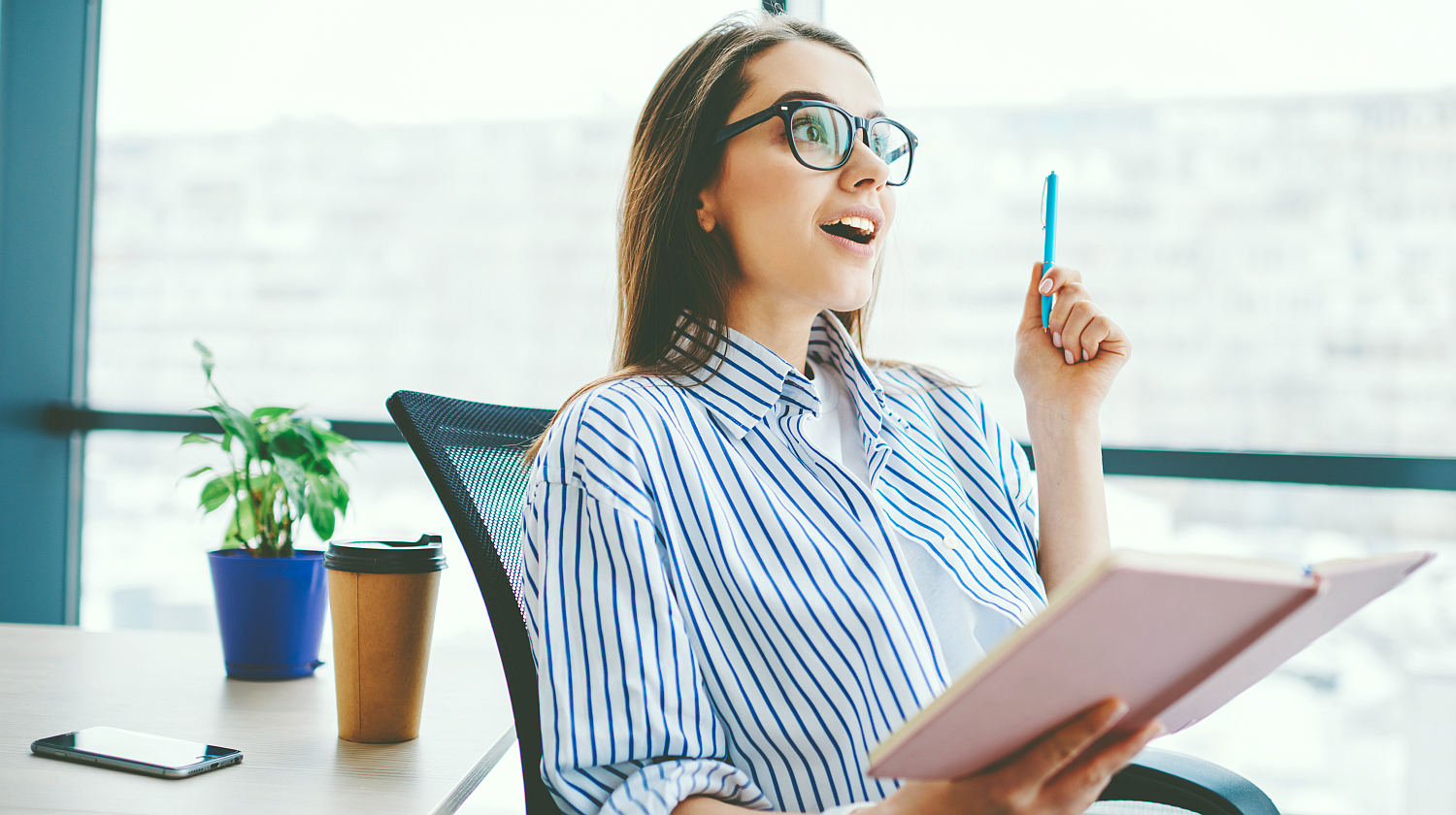 Great ideas can help you do a lot of things, including becoming filthy rich, living a very fulfilling life, and helping others in need. Today’s article shows you how to become an idea machine and learn how to generate a brilliant idea at a moment’s notice. Read on to find out more.

RELATED: You Are Going To Be The Best At Anything You Do With These Tips

What Does Being an "Idea Machine" Mean?

Being an idea machine means that when the need for an idea arises, you can generate one immediately.

When there’s an urgent problem others can’t solve, they’ll ask you to swoop in to rescue them with your awesome ideas!

When you’re in a bind and need to get out of it fast, you don’t break a sweat. It’s because you can easily think your way out of it.

And when you want to earn more income than what you’re earning now, great ideas are your currency. Being an idea machine may just help you bring in more money as well.

But how exactly can you get there? Here are some ways to exercise your idea muscle. 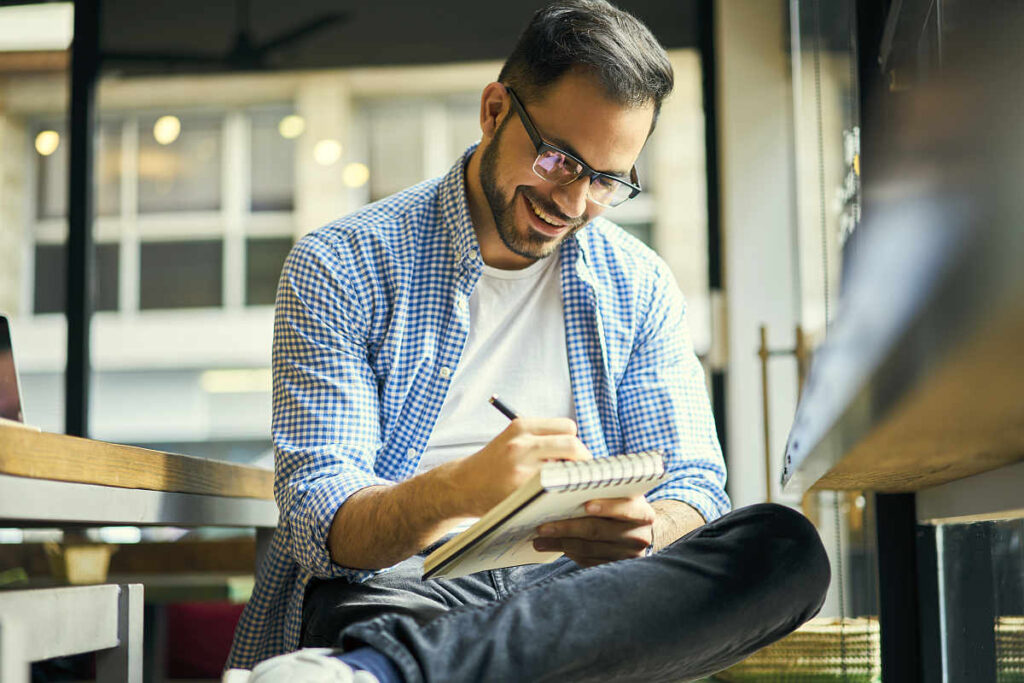 Always have a pad to jot down ideas.

A waiter’s pad is a small pad of paper used mainly by waiters to write down orders. It’ll come in handy when you need to write down your ideas the minute they pop up into your head.

You may counter by saying “That’s why I have a smartphone!” However, here’s a reason why it’s still better to bring a waiter’s pad.

Writing things down manually can help you process your ideas much better compared to typing them down. Consider this study done by two researchers from Princeton and UCLA respectively.

The study found that those who took down notes by hand learned much better compared to those who did so using electronic devices. This is because those who took notes manually become more selective of the information they had to retain since they can’t write as fast as they typed.

This ability to select information wisely, particularly the extra level of mental processing associated with it, is actually what makes manual note-taking better for learning.

Another reason for using a waiter’s pad is its small size.

If you bring a regular-sized notebook, you’ll either have to hold it all the time or bring a bag to stuff it in. If you bring a waiter’s pad, it can fit in your pocket.

Its size also helps you be selective of what you write down.

It forces you to think of how to condense your ideas in just a few words. That’s a very good exercise not just for generating ideas but also for creating clear and concise ideas.

Write down 10 Ideas Every Day

Just like with muscles, progressive overload is key to improving your brain’s regular performance.

What is Progressive Overload? This means training your muscles, in this case, your mind, outside of your comfort zone. By doing so, you force it to adapt to greater challenges and become naturally more effective at ideation.

If you can’t generate 10 ideas, here’s a brilliant solution: come up with 15 to 20 ideas instead! However, don’t focus on good ideas — focus on coming up with ideas that suck.

The reason why you’re stuck and can’t come up with 10 ideas is pressure, which triggers your brain to shut down as a self-protecting mechanism. Forcing yourself to think of bad ideas instead will help reset your brain and develop good ideas.

Don't Obsess with Generating Good Ones 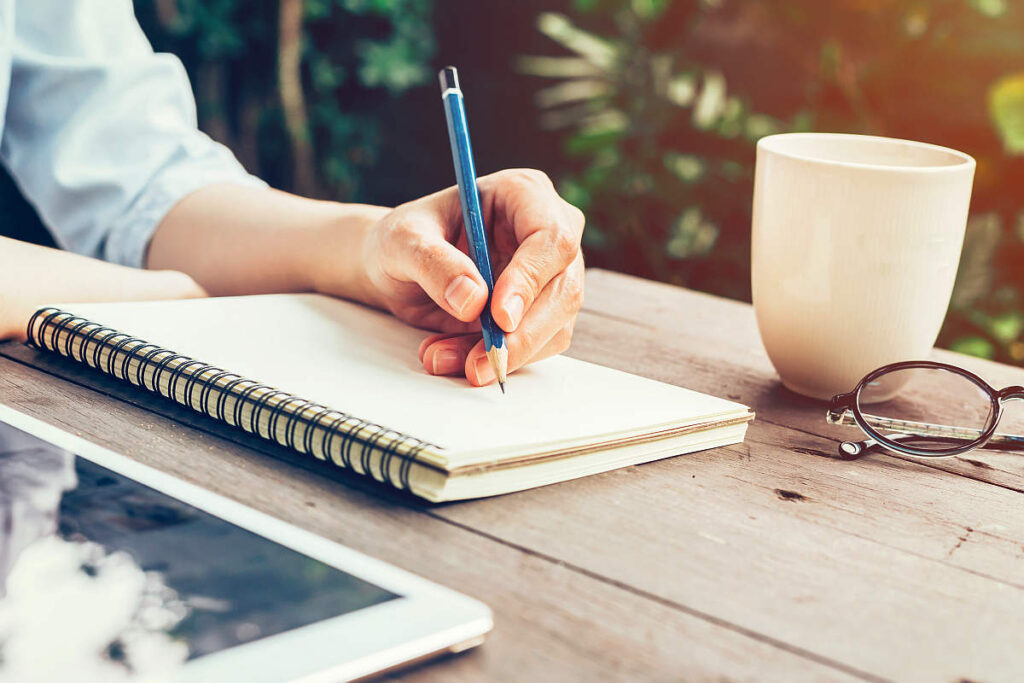 There’s no way to determine right off the bat if your ideas are really good. And because doing that’s impossible, you shouldn’t even try.

Instead, focus on simply generating sensible ideas. They may be good or bad, but really, the point of writing down 10 ideas daily is to train your mind to generate new ideas regardless of the quality.

If you obsess on coming up with good ones all the time, you’ll get stuck and eventually, you’ll stop the exercise and fail to become an idea-generating machine.

Remember, all the ideas you’ll generate won’t be good. Probably only a handful of them will be, and the rest may be mediocre at best.

But, sifting the good from the bad is another exercise for another time. Your goal right now is just to come up with them regularly.

Practicing your idea muscle every day will make it a habit in no time. However, there’ll be days when generating at least 10 ideas will be very challenging.

Once your brain gets tired of doing it or if you’ve hit a plateau, consider doing other activities that are creative, which can help you rekindle, recharge, and find inspiration for your next great idea. What’s important here is you continuously activate areas of your brain that may have already been dormant.

For example, if you feel your mind’s too tired and exhausted to generate 10 new ones today, why not try drawing 10 different things? Drawing something and getting your creative juices flowing is different from idea generation but it still exercises your brain. 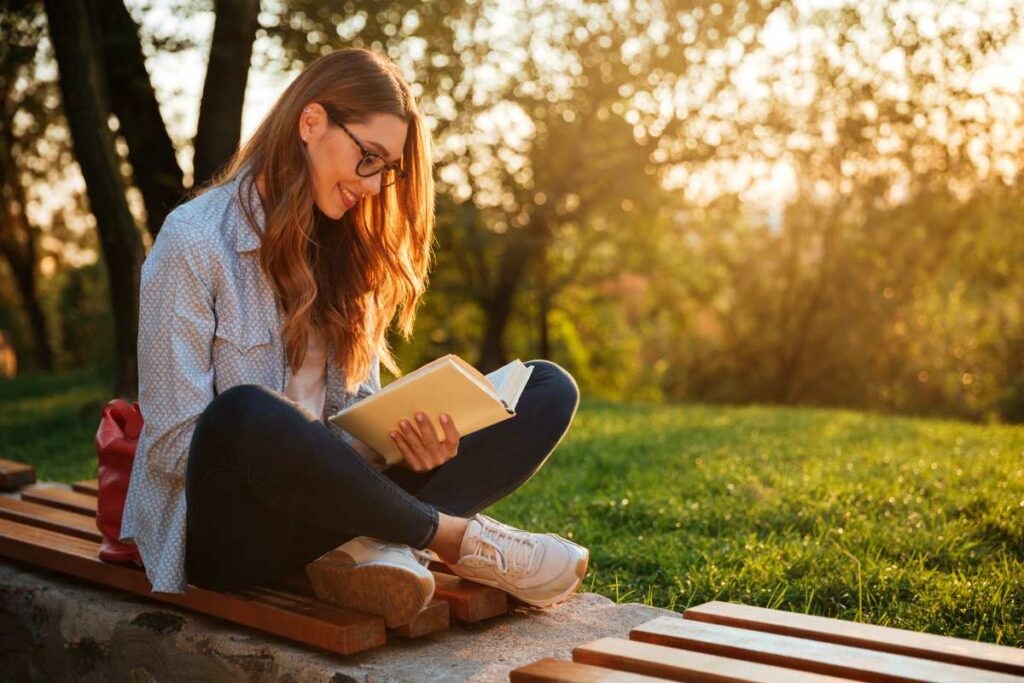 Read to learn about and practice new ideas.[/caption]

Most new ideas are derivatives of old ones. Old ideas help generate new ones by:

One of the best ways to get great new ideas is by reading, especially non-fiction books. Books from this particular genre tend to tackle new ways of doing things.

You can start by reading at least one new non-fiction book a month. You can read it for 30 minutes every day.

Read them normally and don’t read it to memorize or glean new ideas. Let them sink in naturally.

Give It at Least Six Months

On average, it takes an untrained mind a minimum of six months of consistent practice to become an idea machine. Therefore, stick to it for that long and your life can start changing every six months.

Great ideas are the currency needed to acquire success and fulfillment in life. Consistently practicing your brain using these six tips will help you turn it into a reliable idea-generating machine.

Go Down a Wikipedia Rabbithole

Log onto Wikipedia and search for something that intrigues you, but you don’t know that much about it. Then read about it until you feel you have a solid grasp of the concept. When you do, write a single short paragraph about it in a notepad. Like we said in the “always bring a writer’s pad” point, refrain from typing the summary on your device! Handwriting helps you internalize the information.

After writing the summary, choose one of the terms on the page that links to another page. You can choose whichever seems most interesting to you! Follow the link, and then repeat the summarization process.

Continue this process for one hour. If you feel like continuing after that, then keep going!

This “Wikipedia Rabbithole” game is a fantastic way to learn about a diverse range of subjects, sometimes even more so than reading a novel. You’ll find out things you’ve always wondered about, and you’ll develop an endless well of interesting conversation-starters. Most importantly, you’ll stumble upon a ton of great ideas you can use to solve problems or entertain others.

Think of this game as a workout for your creative mind. Just like workouts in the gym, doing it a few times a week is extremely beneficial.

Wikipedia might not be allowed for citation in academic bibliographies, but it’s a wonderful way to expand your mind and learn random facts. Take advantage of it!

Switch Up Your Location

Whether or not you realize it, your environment has a significant impact on your thought processes. And that includes the types of ideas you come up with.

Sure, great ideas might come to you naturally during your everyday routine. That’s when some people have their best ideas. But once in a while, you need to generate ideas about something, and you can’t just wait for inspiration to strike. A real idea machine needs to be prepared to handle those moments.

Brainstorming in a variety of different environments is crucial in these sorts of time-sensitive situations. A quiet corner of your own home is often a great place to generate ideas, but switching the backdrop to a bustling cafe will more than likely spark entirely different ways of thought.

Great ideas can come from anywhere and anyone. But that does not mean they will just fall into your lap randomly. There are ways to set yourself up as an idea-generating machine. With these eight tips, you’re bound to become the person your friends and colleagues go to when they need great ideas.

Great ideas can come from anywhere and anyone. But that does not mean they will just fall into your lap randomly. There are ways to set yourself up as an idea-generating machine. With these eight tips, you’re bound to become the person your friends and colleagues go to when they need great ideas. 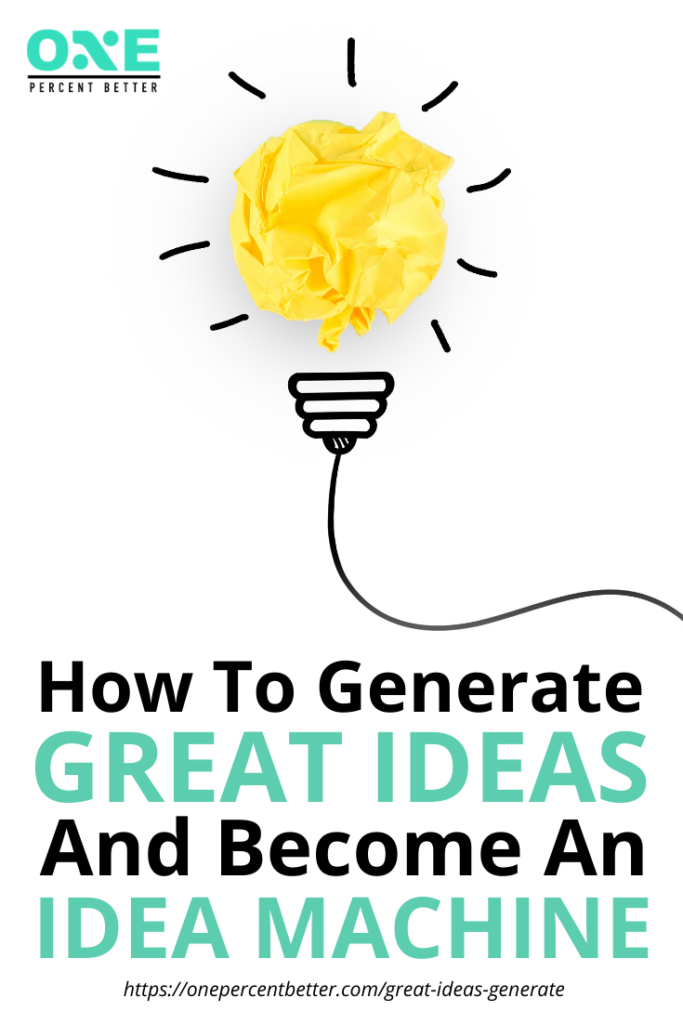 Do you have other ways of training your mind to become a prolific idea-generating machine? Let us know in the comments section below!