17 Inspiring Movies That Can Change Your Life 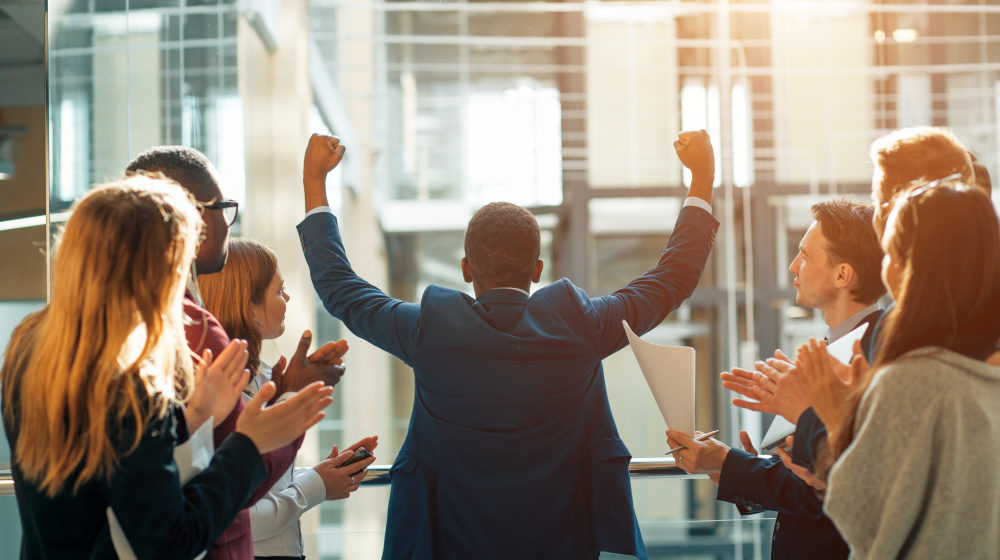 If you’re feeling like you’re losing control of your life, something as simple as bingeing inspiring movies can be all it takes to rejuvenate your mind. Keep reading to check out these inspirational movies that can help change your life for the better.

17 of the Most Inspiring Movies to Help Revive Your Motivation

If you need the motivation to reach for your dreams, this is the movie to watch. The Pursuit of Happyness is an autobiographical account of entrepreneur Chris Gardner’s story of being homeless for nearly a year.

Aside from not having a home, Gardner (Will Smith) also had the additional challenge of singlehandedly raising his son (Jaden Smith).

During this time, Gardner had an unpaid internship, but by persevering, he lands a full-time job as a broker. Later on, he started a brokerage firm and became a multi-millionaire.

Forrest Gump tells the story of Forrest, who despite having low IQ, manages to lead a remarkable life. Along the way, he inspires people with his optimism and perseverance.

Forrest shows that you don’t need to be a genius to be able to achieve success. Sometimes, all you need is to take that extra step and do the things you want to try.

He lived a life of freedom by simply being himself and not looking back.

This movie is the story of the first African-American baseball player, Jackie Robinson. It tells the story of his fight to remain in the sport he loves even while experiencing racism from all sides of the sport.

This film can help inspire you to overcome challenges, even systemic ones.

If you want to get inspired but want a comedy, add 3 Idiots to your watchlist.

This movie revolves around the college lives of three engineering students in one of India’s most prestigious colleges and the challenges they go through. Although it’s a comedy, it has quite a lot of poignant views on life that can inspire you.

Princess Mononoke is an animated film by Hayao Miyazaki and tells the story of Ashitaka, a young man attempting to broker peace between humans and the wolf god’s companion Princess Mononoke.

This film teaches both adults and kids that allowing hatred and selfishness to permeate into our mindset won’t only harm others, but also ourselves.

Up is about Carl Fredricksen’s dream of going to South America, curtailed by stowaway boy scout Russell.

This movie shows that even if you’re one person, there is so much you can achieve. Plus, it’s never too late to change your plans in life if you want to.

A movie about perseverance and family, an overprotective clownfish single dad named Marlin has to find his only son, Nemo, who was taken by a diver. Finding Nemo is going to teach you the power of a father’s love for his son.

Although it’s a movie meant for kids, adults can get inspiration from watching Merlin’s struggles to find his son and bring him home.

Inspiring Movies Based on True Stories

Coach Carter is a movie based on the true story of a high school basketball coach played by Samuel L. Jackson. He didn’t want his basketball team to skip any steps on their journey to success, specifically, their education.

This movie can inspire you to do the right thing, even if the world is telling you that it’s easier if you didn’t.

RELATED: The 19 Best Ted Talks Of All Time

127 Hours is a grueling story of a man who slipped into a canyon and had his arm stuck under a large boulder, with no one around him to help. This story will teach you that in the direst situation, determination and quick thinking can save your life in even the worst of times.

The movie that solidified Sylvester Stallone’s career, Rocky is about a small-time boxer’s once-in-a-lifetime opportunity to fight heavyweight champion Apollo Creed. He has to face challenges in love, life, and career as he aims to jump into the ring with a fighting chance.

Rocky Balboa will inspire you to get back up, even when life seems determined to bring you back down.

Another classic movie that will inspire you is Cast Away. With Tom Hanks’ fantastic performance, you feel like you are stuck on that island with him.

This movie is about a FedEx executive who became the only survivor of a plane crash on a deserted island. It’s about man’s battle with survival in a harsh environment both physically and mentally.

However, it shows that even if you feel helpless and stuck, there are still a lot of things that you can do to turn your situation around.

Too often, people live their life not for themselves but for what other people want for them. As Dead Poets Society will show you, that’s no way to live your life.

The film’s plot is about a new English teacher’s arrival in a traditional all-boys’ school. Played by Robin Williams, the English teacher’s unorthodox teaching methods slowly help his students loosen up and become their own person.

This film shows that if you want happiness, you have no choice but to make the changes that will make you happy first. The rest can wait as you create your path to fulfillment.

Money isn’t everything, and if you do find yourself in a fortuitous place in life, you should learn to give that back. You never know just how significant your impact is on people’s lives, which is much more priceless than money.

Set in World War II, Schindler’s List is about Oskar (Liam Neeson), a businessman who employs Jewish workers in his factory. Although his reasons for protecting his Jewish employees at first were quite pragmatic, he soon found out the impact of him saving innocent lives.

Schindler’s List is another classic that is heartbreaking at times but uplifting as well. It reminds you that acts of kindness are what make the world go round.

This movie is about a man whose entire life is a TV show set. Everyone around him is an actor – even his wife.

Unfortunately, he doesn’t know this, but soon he starts seeing the truth.

The Truman Show is a rollercoaster ride, but at the end of it, you start to learn one of life’s greatest lessons. Taking risks will enable you to set yourself free and live a life that no one else made for you.

A young man named Pi is the only survivor of a shipwreck, and he is on a boat stuck in the middle of the Pacific Ocean. To make things worse, he is on the boat with a Bengal tiger.

His story of survival is both stunning, spiritual, and inspiring.

Two people meet on a train and slowly fall in love with each other. However, they don’t know that they’ve already been a couple before because they both had their memories clinically removed from one another.

Eternal Sunshine of the Spotless Mind is a unique experience that lets you see the importance of memory and how feelings can sometimes trump it.

It inspires you to learn from your memories, good or bad.

What Slumdog Millionaire shows is that to be able to learn something well truly, you need to experience it.

This film is about an impoverished young man who was about to win the “Who Wants to Be a Millionaire?” game show. That is, before the police arrest him because they think he’s cheating.

It’s an inspiring film that shows how past experiences can help give you the knowledge you need to grow and lead you to success.

If you find yourself needing a little mental boost, have a movie marathon of these inspiring movies. All the movies in this article will help inspire you and give you the motivation to pursue your dreams and create the life you want to live.