5 Ways To Make A Positive Impact On Other People 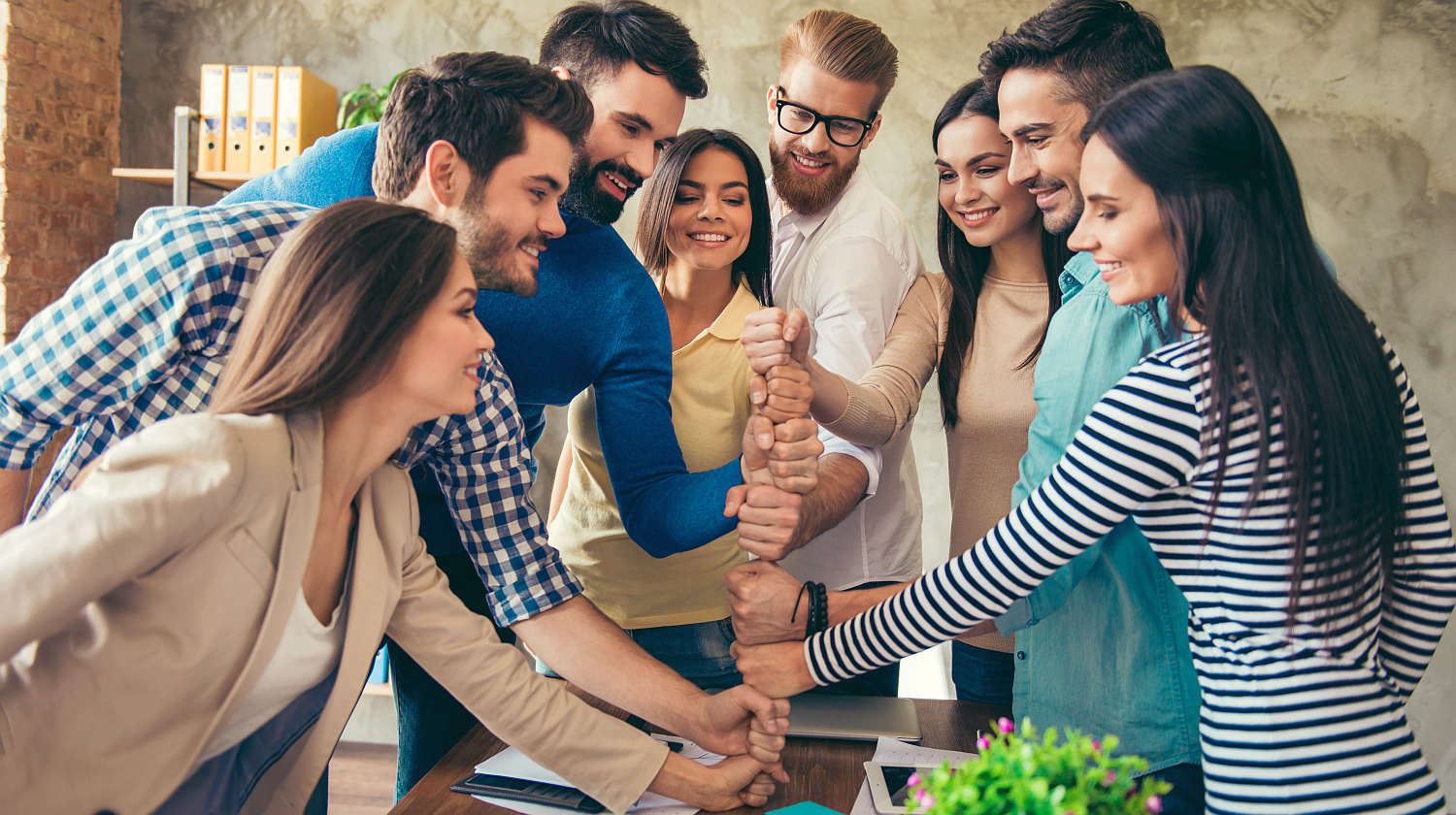 There are many ways to make an impact on other people’s lives. Today’s article shares five ways you can positively impact other people throughout your life and theirs’. Read on to find out more.

RELATED: How To Deal With Failure And Turn It Into Success

How to Make an Impact on the World: 5 Ways You Can Do It

This may sound narcissistic but believe me, it’s not. If done right, putting yourself first can help you make an impact on many people’s lives in the long run.

Think about this: you can’t give what you don’t have.

For example, if your work colleague asks you to help with editing a report while you’re working on yours, don’t say “Yes” immediately. Otherwise, you compromise your ability to finish your own responsibilities, and if you do it often enough, your career could even suffer.

Instead, say “No”. However, do it courteously.

Try to balance the acts of kindness you do for others with those you can do for yourself as well. If you always aim to please others at your own expense, you won’t have enough gas in your tank to make an impact on other people’s lives when it really counts.

Think of people like iconic researchers, leaders, and innovators like Mark Zuckerberg, Larry Page, and Sergey Brin. People who have made and continue to make a big impact on the lives of billions. What do they have in common?

They acted on what they believed in and went against “popular wisdom” that contradicted what they wanted to build. Had they asked “permission” or the support of experts during those days, they probably wouldn’t have succeeded and made a difference.

If you truly believe what you want to do and how you’ll do it is right, do it even if others aren’t on board with you. Don’t ask for permission, only forgiveness.

Zuckerberg’s founding partner stifled him by forcing him to finance Facebook’s growth through conventional financing means. He proceeded by taking other opportunities according to what he truly believed was best for Facebook at that time, acting without “permission” from his partner who was more knowledgeable about how business works.

Seeing where Facebook is now, it’s easy to see how acting immediately and just apologizing later on worked for Zuckerberg and Facebook. It’s still making an impact on billions of people around the world.

RELATED: How To Improve Yourself Every Day

3. Judge Your Success by the Number of People You’ve Helped

If the goal is to have as much impact on as many people’s lives as possible, the only relevant indicator should be how many people’s lives became better as a result of interacting with you. Helping others succeed is as much of a success for you as well.

You may have amassed millions of dollars, but only ended up impacting yourself and your family. In this case, a person who’s barely making ends meet but has helped 10 drug addicts turn their lives around is more successful than you.

And when you make an impact on your community or people’s lives, chances are, financial success can follow. It’s not a guarantee, but it does optimize your chances.

What good is having powerful and life-changing messages and ideas if you can’t clearly and effectively communicate them to your target audience? Your meaningful work is only half the battle since you also need to figure out how to let others know all about it.

That person’s life may drastically change by learning how to easily make a million dollars today using your secret. But if you teach that secret in a language he or she can’t understand, the secret’s useless.

One of the best communication skills you can learn is the Love Language, developed by Gary Chapman. When you learn to communicate using the other person’s primary love languages, you significantly increase your chances of having a positive impact on that person’s life.

This is one of the most powerful and common-sense approaches to impacting other people taught by the late Dale Carnegie. When you make other people feel important, it’s easier for them to open their minds and hearts to you.

One of the best ways you can make other people feel important is to give them credit for their actions. Doing so can make an especially powerful impact on other people who don’t believe they deserve the credit.

Think about it: how did you feel when somebody praised and commended you for something you think you didn’t deserve? Didn’t that make you feel really good about yourself and more hopeful of the future?

Think about how you can make others feel good enough about themselves to reach for greater dreams in life? Imagine if they actually reach new heights they never thought possible because acknowledged their actions and made them feel good about themselves.

Now, isn’t that something?

It’s not really that complicated to make a positive impact on other people. All you need is practice these five things consistently until they become second nature, or habits, to you.

Who is the one person who has made the biggest impact in your own life? Let us know in the comments section below. 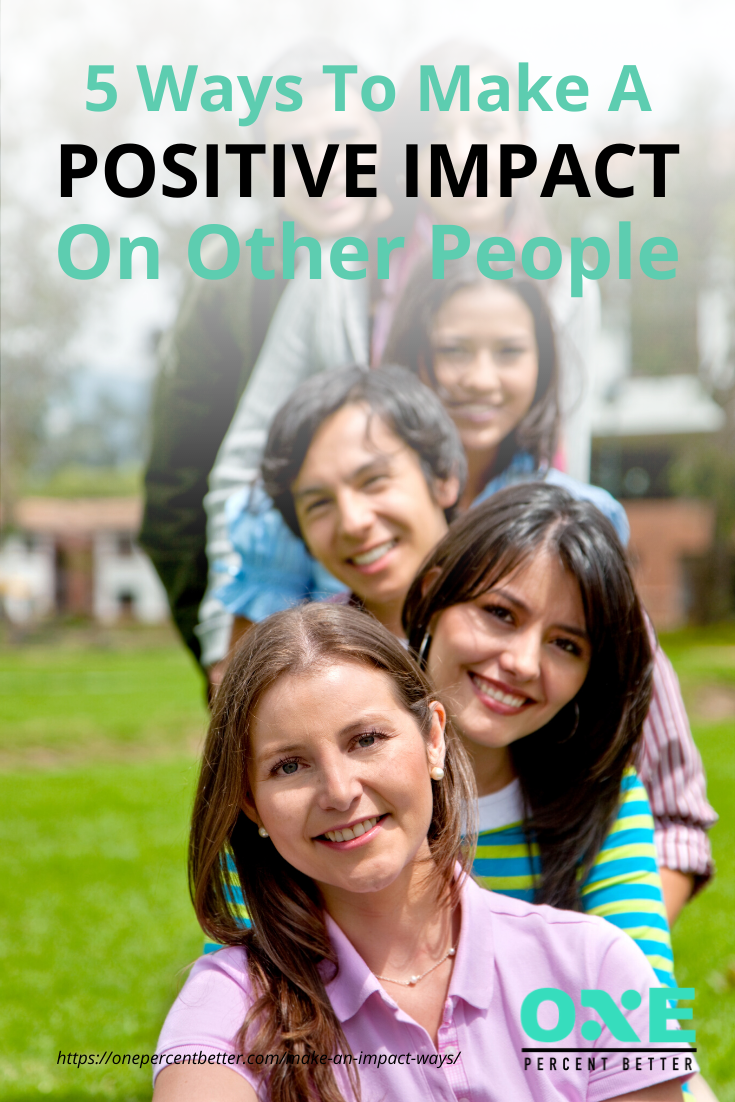