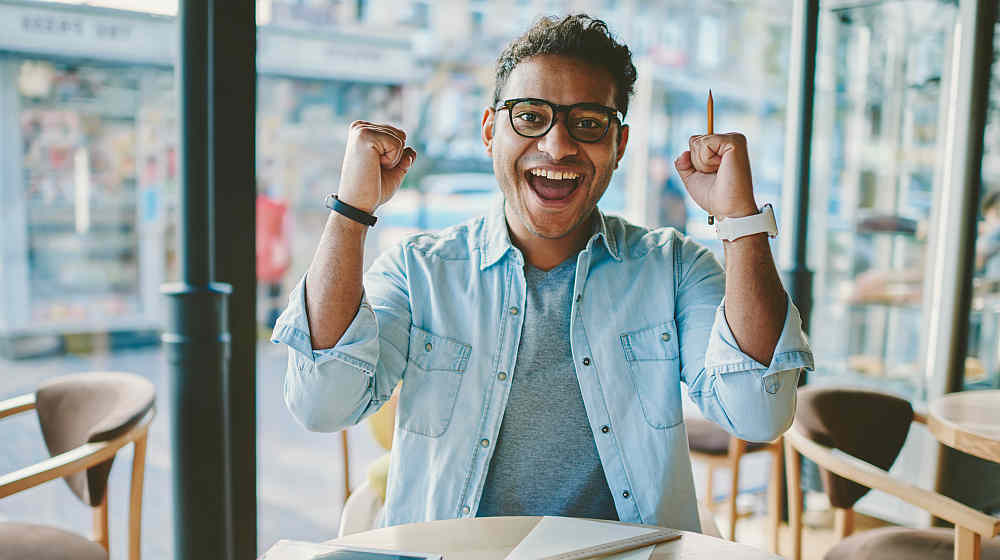 If you’re going through a challenging period in your business or even in your personal life, here are nine motivational videos to inspire you to keep going.

According to hedge fund manager, author, and motivational speaker James Altucher, being vulnerable leads to freedom. You trade a bit of your privacy to someone else for vulnerability, which frees up mental space and anxiety.

Tell people about the challenging periods in your life and be vulnerable. You let go of negativity and may even earn a listening ear and a helping hand in the process.

Be motivated to be vulnerable, since vulnerability isn’t a sign of weakness— it shows the strength of character and can even inspire others.

Another helpful tip from Altucher is to stop taking time from the things you love by doing things you hate. Start choosing yourself and doing things for you rather than trying to please others all the time.

2. Why I Dropped Out of College | Steve Jobs

Steve Jobs’ unwed graduate biological mother put him up for adoption and was set on her son having graduate parents. However, a twist of fate led him to be adopted by a mother who never graduated from college and a father who didn’t graduate high school.

Jobs’ complicated relationship with college continued in his adult years when he enrolled at Reed College but later dropped out. He saw how his working-class parents’ salaries were being drained by tuition, and he didn’t see the value in it.

He admitted that it was scary, but sees it as the best decision he ever made since he stopped doing things he wasn’t interested in. From there, he focused on learning about the things he liked, which later influenced how he built the products he became famous for.

Sometimes, life throws a curveball, but as long as you follow your passion, it will all work out. In the face of struggles, don’t lose hope and believe it will all come together in the future.

3. The Battle of Every Entrepreneur | Valuetainment

This video was inspired by entrepreneur Patrick Bet-David’s everyday struggles as an entrepreneur. According to him, “Life is a reflection of the voices we listen to.”

When you wake up in the morning, you always have a choice of who you’ll listen to — the good voice in your head or the bad one. Whether your day will start off on a positive or a negative note is all up to you.

There may be days when you’re struggling with your business or career and you lose sight of why you’re doing it in the first place. Do you just give up or do you try to find a way to find the positive?

Choose the latter, always. The negative voice will always be there, but you have to find a way to silence it by trying to find the positive and working hard.

4. Entrepreneur [the Self Made] Epic Motivational Speech| Team Fearless

Becoming an entrepreneur is not easy. Those who are just getting started may have difficulty taking that leap of faith, while those who have been in the business for a while may lose hope when the going gets tough.

This video is a great pick-me-up if you’re in need of motivation to pursue the path of an entrepreneur. It talks about the value of hard work and believing in yourself.

No matter what life throws your way, just work hard and believe you’ll succeed. Success may not come now, but believe it will happen.

RELATED: 7 Tips To Nurture The Entrepreneurial Spirit Within You

5. Drive: The Surprising Truth About What Motivates Us | The Royal Society of Arts (RSA)

In this video, author Dan Pink talks at the RSA about what motivates people to work better and have better job satisfaction. While money is a basic motivator, Pink talked about three factors that lead to better performance and job satisfaction at more challenging and technical jobs:

Whether you’re just starting out or already have a few years as an entrepreneur under your belt, always remember your purpose for starting out your business. You should also communicate this to your employees and ensure everyone is on the same page.

Your vision can help you through the tough times and remind you of why you started. Beyond the profit, what kind of mark would you like to leave in this world?

You should also consider incorporating the two other factors into your management style.

In his TED Talk, business consultant, author, and motivational speaker Cameron Herold talks about how entrepreneurship can actually be learned. Successful businessmen and women are made, not born.

Rather than focusing on teaching kids to go for “good jobs,” we can encourage kids to be entrepreneurial, especially if they have the skills for it. Instead of pushing kids to work for corporations, why not teach them to start corporations?

This also reminds us that it’s never too early or too late to become an entrepreneur. If you’re on the edge of that cliff, take that leap now and turn your business dreams into a reality.

Philanthropist and founder of Chinese business giant Alibaba, Jack Ma has a lot to say about rejection and failure. He has been rejected many times, both in the academic world (by Harvard) and the professional world (even by KFC when they first came to China).

Jack Ma has one of the greatest success stories of modern times, and this success is fueled by the rejections he faced.

Ma used rejection and failure as a motivation rather than mope around. This constant action and resilience have enabled him to become one of the richest men in the world. Just like Jack Ma, if you can pull yourself up and do better, your life will also get better.

How does a video about teachers inspire business owners? You will be surprised at how useful and honestly uplifting Bill Gates can be when he talks about something he is very passionate about.

According to Gates, teachers usually just get one-word feedback — “satisfactory.” This isn’t enough to tell them how they can do better, which in turn, can help them shape young minds better.

The insights you gain from feedback are an important part of becoming a better entrepreneur and person. Don’t shy away from asking people what they think of your performance because this is what you can use to become better.

American life coach and philanthropist Tony Robbins shared how the great actor Sylvester Stallone rose up from failure to success. Throughout the start of his career, Stallone kept getting rejected for roles, but he kept persevering because he wanted to stick to his dream of being in the movies.

At one of the lowest points in his life, when he was broke and his marriage ended, Stallone came across a boxing match and started writing Rocky.

Stallone wanted to play Rocky, but most producers didn’t want him to. Even with lucrative offers, Stallone declined.

Later on, he managed to negotiate with a producer who provided a small budget but allowed him to star in it. This risk paid off and Stallone was catapulted into stardom.

If you feel that life has been giving you a flurry of punches, remember how Sylvester Stallone believed in himself and persevered.

We hope these motivational videos give you the boost you need if you’ve been feeling down and unmotivated lately. Start by reminding yourself why you’re doing what you’re doing to keep the fire inside you burning.

What are some of the most inspiring YouTube videos you’ve seen? Share them with us in the comments section below.