9 Ways You Can Pass On Positive Vibes To Other People 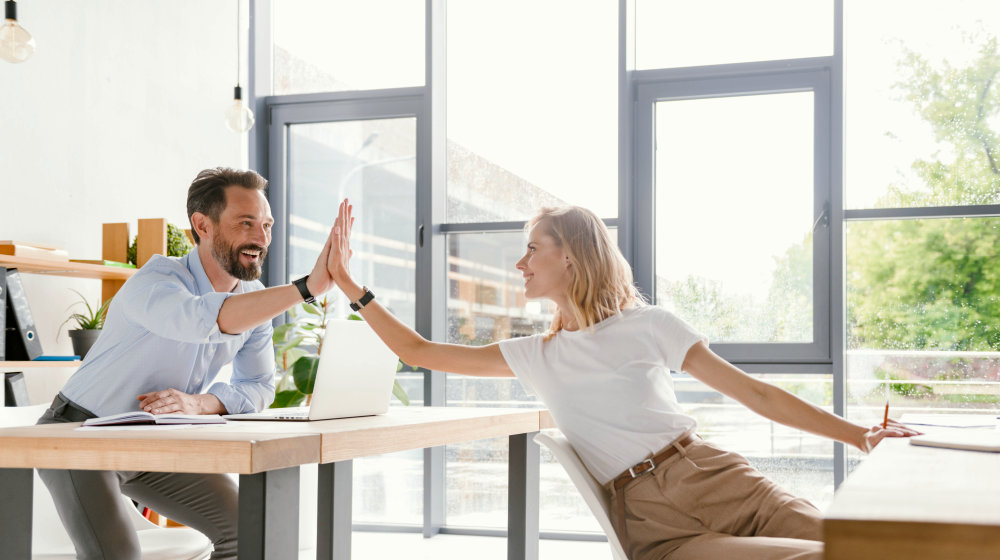 Passing on positive vibes to others can counter the negativity that surrounds us daily. Here’s how you can inject positivity into the lives of the people around you.

RELATED: How To Stop Being Pessimistic And Start Thinking Positive

Positive Vibes: Ways to Pass on Positivity to Others

Sending out positive vibes requires you to fill your own positivity tank first. After all, you can’t give away something you don’t have.

Give yourself daily affirmations, such as reminding yourself that you’re a good person, and you’re on the right track. From there, do the same for others.

Don’t be stingy with the compliments because they go a long way in making someone else’s day better. If you find something you genuinely admire about someone, tell them.

Even something as simple as telling someone they look nice can instantly lift someone’s spirits. Since positivity is contagious, chances are, the person you complimented will also be nice to others.

This is how we can make the world a more positive space for everyone—one genuine compliment at a time.

A smile is a universal gesture of positivity. Anywhere you go, it means the same thing.

It can easily put someone at ease because it shows you’re open and approachable. Studies also show that smiling has several benefits to the body, including:

Smiling is contagious — if you smile, it’s highly likely the other person will be encouraged to smile as well. This allows them to enjoy the benefits of smiling.

Another way to encourage people to smile? Do something that makes them smile, such as doing something nice for them, giving a compliment, or saying something positive.

3. Minimize Negativity When Interacting With Others

Negativity breeds negativity in the same way positivity does. This is why it’s important to keep your interactions positive.

Again, this starts with you. How you can interact with others ultimately depends on how you’re feeling — if you think negatively, it’ll show when you talk to others.

Here’s you can have a more positive mindset:

If you want to spread positive vibes to others, you must also communicate positively. To do this, you have to pay equal attention to how you communicate and what you say.

According to researcher Albert Mehrabian, body language constitutes 55% of social interaction. He broke down the components of communication in this way:

Here are some ways to adopt positive body language:

RELATED: 5 Ways To Make A Positive Impact On Other People

Gratitude and positivity are closely linked to each other. Being grateful breeds positivity, and when you’re positive, you’re more likely to see the things you’re thankful for.

Much like compliments, expressing gratitude can also instantly lift one’s spirits. Letting other people know you’re thankful for them makes them feel valued.

When you acknowledge the presence of someone, you subtly tell them that you see them and you value them enough to acknowledge them. You can even engage in small talk with some if they seem like they’re lonely or in need of someone to talk to.

Be sure to keep the pleasantries at the socially acceptable level. Being too familiar or chewing away at someone’s ear when they’re in a rush might have the opposite effect of brightening their day.

They say fences make good neighbors, but the act of greeting people can serve as a bridge to improve that relationship and make someone’s day. Just be sure you know how far it’s acceptable to cross that bridge to keep interactions positive for both of you.

7. When Talking to Others, Say Their Name

A name can be the sweetest sound in the world for someone. If you have a bond with them, a nickname or term of endearment is even better.

Of course, each person has their own boundaries and preferences. Make sure to use the name the other person prefers based on your relationship.

8. Stop Unnecessary Complaining in Its Tracks 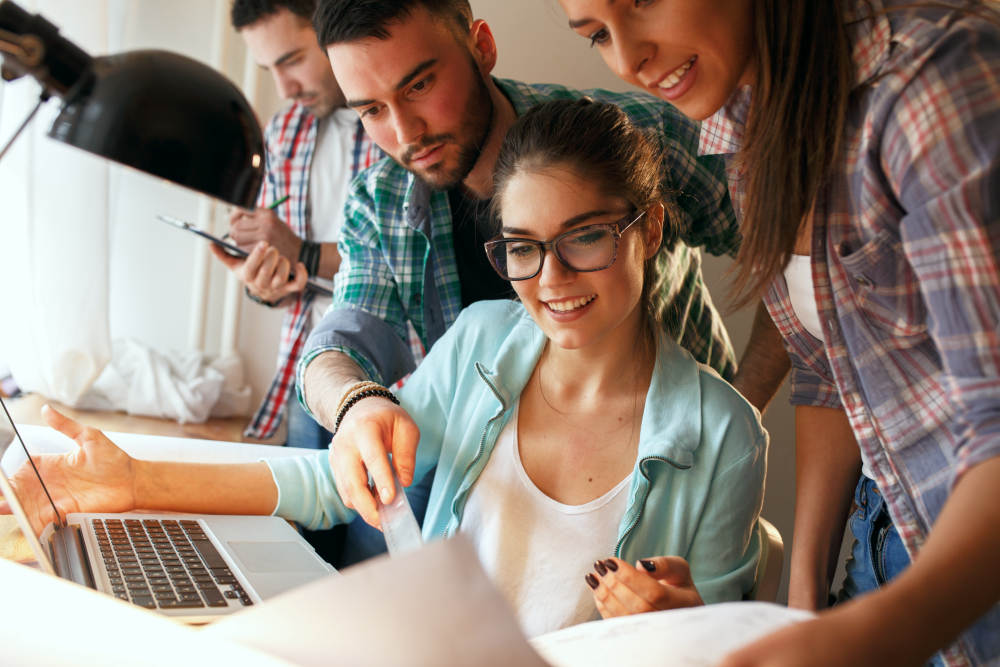 Voicing out problems can help blow off steam and get another person’s perspective. However, complaining just so that you have something to say isn’t productive and can even be harmful.

What is unnecessary complaining? A few examples include:

If you want to give off positive vibes, turn the conversations around. Of course, you should still give your opinions, but do it in a nice way that doesn’t seem like you’re attacking the other person.

Is someone feeling down because of work pressures? Is the person next to you in low spirits?

If you truly want to be a source of positivity, strive to be a good listener. Sometimes, you don’t necessarily have to offer a solution because people just need to be heard.

If the person asks for your perspective or a possible solution, then offer it. Be honest, but try to remind the person of the positive things happening for them.

You don’t need to solve big problems to make people feel more positive. A simple kind word or an act of kindness can go a long way.

As long as you try to make every interaction a positive experience for everybody, you can spread positive vibes in this world. With these nine ways of passing on positivity, you can do your part in making the world better for everyone.

What are some ways you use to spread positive vibes to the people around you? Share them with us in the comments section below. 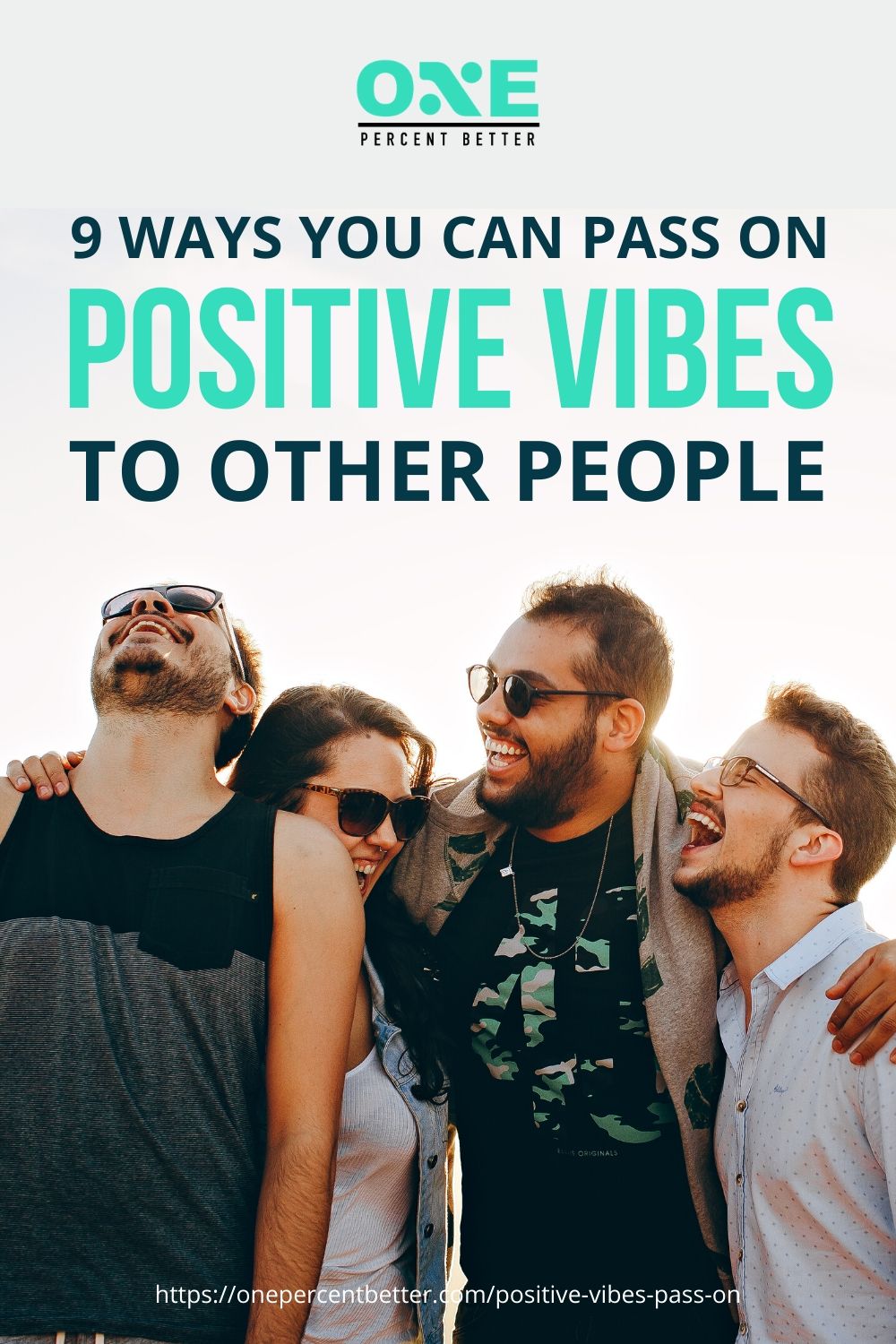