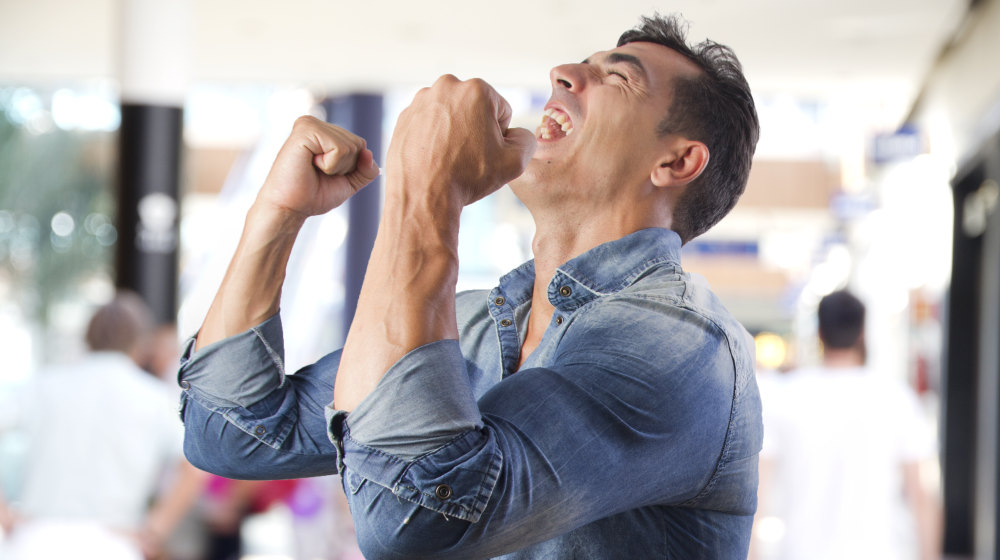 Success and failure are two sides of the same coin. Know how to properly flip the coin through the success stories of these nine inspiring people.

RELATED: How To Deal With Failure and Turn It Into Success [INFOGRAPHIC]

1. Ludwig Van Beethoven: Let Passion Take Over, and Your Failures Can Turn Into Successes

This iconic composer has struggled with failures throughout his life.

As a child, Beethoven learned how to play the violin, but he was more interested in composition than actually playing music that he often neglected to practice.

He was passionate about composing new music and persevered, regardless of what others thought about him. Beethoven’s music teachers didn’t think he’d amount to anything, whether as a composer or violinist.

He proved all of them wrong and is now regarded as one of the greatest composers of all time.

2. James Altucher: Failure Can Be Freeing

Reposted from @regenttheaterla – Calling all podcast listeners! James Altucher (@altucher ) will be podcasting live from the #regenttheater in LA on Saturday, June 15th ? Co-hosted by @thejamiekilstein , this conversation will be teeming with inspiration and laughter. Tickets → Link in bio – #regrann

James Altucher is an accomplished speaker and angel investor. He continues to inspire others to follow their dreams through his blog and podcast.

Altucher shares life lessons from a place of experience. Everything he shares about succeeding and achieving one’s dreams comes from his own stories of success and failure.

In one of his stories, Altucher lost all of his retirement savings after a company he invested in violated the loan guidelines of their bank. In just a couple of days, he lost everything he had saved up for the future.

For a moment, Altucher’s mind went to dark places, but what he soon realized was how free he felt after his failure. Once he’d failed, he felt his fear melt away, and gratitude took over.

Despite losing all his money, Altucher realized he still had other good things in life, such as his loved ones and the other opportunities he could use to turn his life around.

3. J. K. Rowling: From Penniless and Jobless to Best-Selling Author

J.K. Rowling may be known around the world as the best-selling author of the Harry Potter books, but at one time, she was living on welfare.

Before her success, Rowling was an unemployed, divorced single mother. She suffered through emotional and financial hardships as she tried to piece together what would later become her hit book.

And, the rest, as they say, is history.

Molly, aka the Thing of Evil, prepares to attack me for wearing a Jamaica hat with a Maine shirt. The calm expression is just a disguise. I didn't know she could read.

Considered as the king of horror and suspense, Stephen King didn’t reach his status without failing.

Rejection and failure had scarred him so much that he threw away the draft of his first novel, Carrie. His wife later fished it out of the garbage because she believed in his potential.

Today, King has more than 50 novels and movie franchises under his name. He may have faced a lot of rejection at the start of his career, but with the support of his loved ones and his perseverance, he finally succeeded.

RELATED: The 19 Keys to Success You Never Knew You Needed [INFOGRAPHIC]

Jim Carrey is arguably one of the greatest comedians in show business, with some of his greatest works being The Mask and Ace Ventura. What many may not know, the comedian suffered through a lot of tears before he made a living making others laugh.

Carrey didn’t allow these failures to deter him. He credits The Law of Attraction wherein you send out positivity to the universe in the hope it’ll attract positive things your way.

6. Charles Darwin: Stick to What You Believe In, and You Might Just Change the World

A post shared by SurvivaloftheFittest (@motivateandsurvive) on Jan 5, 2020 at 11:51am PST

Darwin may be nicknamed “The Father of Evolution,” now, but his road to greatness wasn’t exactly rainbows and roses.

Fast forward decades later, he is now celebrated for his important ideas regarding evolution. His scientific contributions have a long-lasting impact on other areas of science, technology, and research up to this day.

The only real mistake is the one from which we learn nothing. Vision without execution is just hallucination

For Henry Ford, the third time’s the charm. Before he reached his legendary status as one of the richest Americans, he experienced bankruptcy and other difficulties in business.

One of Ford’s biggest contributions to the manufacturing industry was the introduction of the assembly line. He continues to be one of the most inspiring entrepreneurs to this day.

8. Steven Spielberg: How He Overcame Rejection and Failure to Create Blockbusters

The legendary director has made a lot of blockbuster movies, with his works receiving both commercial and critical success. What’s surprising is that the recognition he earned as an adult was a far cry from the rejection he received when he was younger.

Spielberg was rejected from the USC School of Theater, Film, and Television not once or twice but three times!

He didn’t finish his degree and dropped out to become a director. He went back to school 35 years after his first stint in college and earned his degree in 2002.

9. Colonel Sanders: Age Shouldn’t Stop You from Reaching for Success

Before being the iconic face of Kentucky Fried Chicken, Colonel Sanders tried his hand at many jobs —he was a fireman, a salesman, and a cook.

Sanders first got the idea of the secret chicken recipe when he was already 50 years old. He started KFC when he was 62 years old by using his Social Security check of $105 as seed money.

Many of his peers and family thought he was insane, but he proved all of them wrong. At the age of 74, he sold the company for $2 million, which was a large fortune in 1964.

What all of these successful people have in common is the resilience to persevere. Even amid constant failure, they move onward with confidence and competence.

Do you have any stories about people who have experienced success and failure? What are your thoughts on why they are so successful in the first place? Share your thoughts in the comments section below. 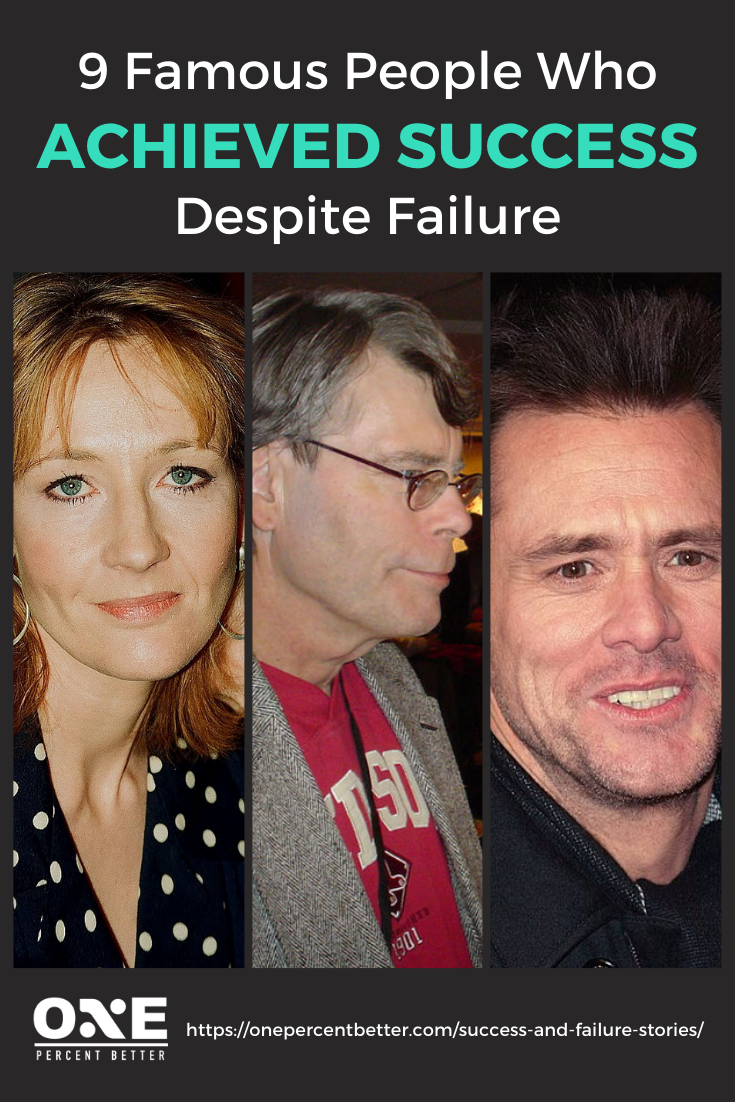